PSYCHMASTER media and materials are a resource for looking at different ways that people cope and thrive. They focus on the uniqueness and perspective of the individual. 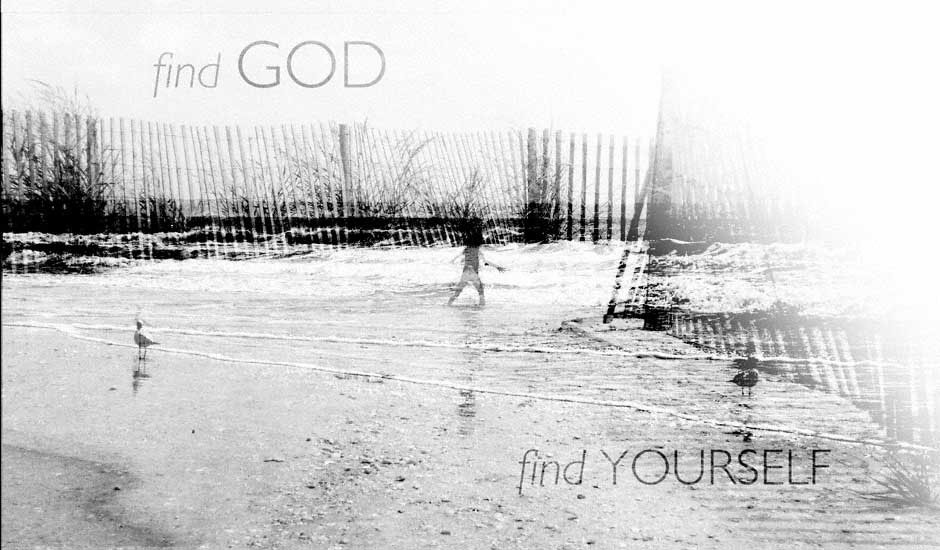 As a practicing psychologist for many years, Dr. Judy Marshall Ferraro has witnessed what people are called upon to face over the course of their lives. This can range from serious mental illness to transient difficult circumstances to chronic feelings of anger or low self-esteem.

So how do we cope best? How do we get past the suffering and what weights us down? How do we open ourselves to our greatest good? How do we put our best life forward?

Never underestimate the power of the human heart.

Psychmaster is based on the work of Judy Marshall Ferraro, Ph.D. and presents information (articles, books, CDs, video) about spirituality and psychology, the reality of mental health and illness, and finding the best ways for the individual to cope and thrive.

The articles, written by Dr. Ferraro and others, present both expert information and “real life” stories in areas related to how we think and feel. Some of the information presented is from a classic psychological perspective. It is about universal human struggles, such as depression and anxiety, self-esteem, family and relationships, and overcoming pain from the past. Other articles have an emphasis on faith and spirituality as a resource to help with psychological issues. In her books and articles, Dr. Ferraro presents a traditional, but nondenominational spiritual theory of psychology. This is an approach to living, healing, emotions, and finding purpose and fulfillment—based on spiritual values and closeness to God.

Dr. Judy Marshall Ferraro received her doctorate in clinical psychology from the University of North Carolina at Chapel Hill. In thirty years of clinical practice in New York and Los Angeles, she has worked with many different groups, from children to the frail elderly, with particular interests including self-esteem, depression, sensitivity, and creativity.

A turning point came for Judy, after about ten years of practice, when she began to explore her own creative, expressive yearnings to “make art” through painting. She entered into a period of intense introspection while painting, spending extended time alone. This developed into spiritual contemplation, which was confusing to her at first. Raised and schooled in an academic environment, her religious background was almost nil. In the past, always an intuitive and reflective person, she had primarily relied on psychological theory and concepts to guide her. But she came out of this period with a strong faith and the feeling of having been transformed through her relationship with God.

Increasingly, she began to see how faith played out in her work, particularly as she had the opportunity to perform evaluations of clients from all over the world, including from diverse backgrounds, cultures, and religions. It became obvious in her clinical observation that true spirituality—on the intimate, personal level—was an immense healing force for the individual, no matter what the challenge or situation. It didn’t matter what the religion was or even whether there was a religion the person followed. It was the relationship with God that was all-important. Usually, this spiritual bond also led to a commitment to seeking higher values in daily life.

Over the years, Judy has translated her own clinical and personal insights and experience into a nondenominational spiritual approach to psychology. She also feels blessed to have continued to “make art” whenever time allows.

Does Psychmaster espouse a particular point of view?

No. Each person finds their own unique path. Psychmaster articles, books, and media address various issues in psychology, mental health and illness, and strategies for coping. Dr. Ferraro is interested in a God-oriented, spiritual approach to psychology. However, there is a lot of valuable information on the site for those who are not interested in spiritual matters. Some of the article authors are spiritually oriented or religious. Others are not and are formally trained mental health professionals, who speak from their expertise and research findings.

No. This is information to think about from experts and real people. In general, therapeutic advice should only be offered within the context of a professional consultation or treatment relationship. People are unique and definitely complex. While certain concepts, even theoretical formulas, may “speak to” an individual, they should never be seen as advice regarding a particular problem or situation—nor can they ever define the totality of who the person is.

When should I see a mental health professional?

If you are bothered by a difficult situation, disturbing feelings, a sense of loss of control, or not seeming like your usual self—or you are experiencing intensely painful or angry emotions—you should seek professional help, at least a consultation. If your negative feelings or urges are overwhelming or involve doing harm to yourself or others—immediately call 911 (in the U.S.A.) or go to the nearest Emergency Room.

On the other end of the spectrum, there are also people who find therapy helpful, even if they are not in distress—such as to learn about one’s self, to explore future life directions, or to examine a current life situation or pending decision.

How do I find a therapist?

There are a number of avenues to obtain recommendations. Asking a trusted friend or professional in another field, such as a teacher, pastor or family physician, may be helpful. Sometimes your local Mental Health Association can provide names of providers with a certain area of expertise. There may also be community directories with local therapists listed. Two prominent national directories (with therapists organized as to location and specialties) are offered by Psychology Today and the American Psychological Association (APA).

What is spiritual psychology?

This is an approach that utilizes both psychological and spiritual concepts. However, it should be pointed out that spirituality is broadly and variously defined these days. It means different things to different people (as well as to different therapists). For example, many spiritually oriented psychologists use techniques such as mindfulness, yoga, breathwork, or guided meditation, often as tools to help the client deal with stress or anxiety. Dr. Ferraro’s approach is theory, based on a traditional definition of spirituality—in that there is an overriding belief in God and the assumption of a spiritual “being” or dimension within the individual, impacting and transforming psychological experience.

So is spiritual psychology religious?

Sometimes, but not necessarily. Dr. Ferraro’s approach is nondenominational and does not involve religious affiliation. It focuses on the internal, intimate, personal experience of God for the individual—and of committing to universal spiritual principles in guiding our lives. Her training is that of a clinical psychologist. Her theory neither arises from nor does it endorse any one religion. However, there are clinical psychologists and therapists who do practice within the context of the religion of which they are a member.

There are also pastoral counselors, who have advanced degrees involving both psychological and theological training—and integrate spiritual issues within their therapy practice. They are often religious personnel (e.g., ministers, rabbis, priests, imams, chaplains) and may be certified by an ecclesiastical group to provide psychotherapy services, although some do not follow any one religious tradition.

Is there research that supports spiritual psychology?

Not a lot. There are some studies with positive results regarding specific spiritual techniques as well as the beneficial impact of religion and spirituality in general. There are also studies that show no effect. The problem is that spiritual concepts of any kind are almost impossible to observe and measure—so as to even be able to perform adequate research studies. This is also true of much of psychological experience, which is subjective. One can measure the brain, but not “the mind.” Of course, from a traditional faith-based perspective, objective proof of God or other spiritual concepts is unattainable. Like the wind, subjectively, you can’t see it, but you can feel it and see the effects of it.

If not research, what basis is there for spiritual psychology?

The practice of psychology actually involves a lot of ideas and theories that are based on clinical insight (i.e., the observations of professionals) and what is compelling to the individual client. In other words, it’s about what “works.” This gets back to the limits of what we can objectively measure and thus research in psychology, as noted in the last question. In fact, although the study of psychology goes back to ancient times, until the late 19th century, it was considered philosophy, not science. Certainly, throughout the ages—in literature and in life—the personal value of God-centered faith, as a vehicle for transformation, healing, and living, is quite apparent. Throughout most of human history, it has been spiritual devotion that has provided emotional healing and guidance towards self-understanding and a more fulfilling life.

How does spiritual psychology differ from the mainstream practice of psychology?

The practice of mainstream psychology tries to base its methods as much as possible on substantial research evidence or time-tested theories. There is also the directive that the therapist should try to understand and not judge the beliefs of their clients for a successful therapy. However, other than some use of special techniques for stress reduction (like mindfulness or guided meditation) or acknowledgment that there are deeper areas of life, mainstream psychology usually does not deal with “spiritual” issues at all. In Dr. Ferraro’s spiritual psychological approach, there are the core assumptions that God exists and that there are higher spiritual values for living—with this spiritual dimension of experience having the potential for profound impact on the individual.

I notice some of the article authors speak from a Christian perspective. Is Psychmaster affiliated with any particular religion, like Christianity?

No. Psychmaster and Dr. Ferraro’s work are nondenominational, although God-oriented and focused on the internal experience of the individual. We did ask writers of several religions to contribute articles, but it was the Christian writers, many of whom had already written extensively about their faith, who were eager to do so and share their experience. This was particularly true of those with an evangelical perspective, who are used to thinking in terms of a personal relationship with God and being guided by faith in everyday life. Of course, for many people, faith is deep or private and can be difficult to put into words. Certainly, we would welcome perspectives and personal stories from people of other religions.

No. Given the nature of the subject matter, it would be inappropriate for her to answer either personal or theoretical questions outside an arranged interview or speaking engagement. As noted previously, advice (and really, any consultation) should only be offered within the context of a professional evaluation or treatment relationship.

Does Dr. Ferraro see clients or do consultation?

Not at the present time. Dr. Ferraro is focused on her writing and supervising other psychologists. She is available for some lecturing and interviews and can be contacted at support@psychmaster.com.