THE STORY OF THE OLD FARMER
By Judy Marshall Ferraro, Ph.D.

(A Chinese/Zen Fable, as told by Judy Ferraro)

There once was an old farmer who lived in a remote region of the mainland, where the terrain is rough and the villagers manage to eek out a meager existence only through hard work and the grace of God. One day someone left the gate open on the farmer’s pasture, and his only horse ran away. Now, this was a very grave situation indeed, as in these parts it is said that one horse is worth ten sons or the earnings of a lifetime. The villagers, hearing of this great loss, came to console the farmer. With pity in their eyes of those who are glad it did not happen to them, the villagers shook their heads and moaned in unison that the running off of a horse is a terrible thing. The farmer, who was very wise, accepted their consolations and shaking his head, muttered calmly, “We'll just wait and see.”

Within a week the horse had returned, bringing with it three wild ponies of such magnificence only heard of in the ancient fables. The villagers all came to witness and marvel at these wondrous creatures, and some brought gifts in the hope of incurring favor, as now the farmer was a very rich man. With envy in their eyes, the villagers applauded the farmer for his good fortune. But the farmer appeared unmoved and, showing neither pride nor excitement, accepted their blessings, stating calmly, “We'll just wait and see.”

Three days later after the villagers had gone home, the farmer’s only son was out breaking in the new ponies. Their magnificence was matched by an unexpected strength, and the second pony threw and trampled the farmer’s son, leaving him near dead with two broken legs. There were tears in the old peasant’s eyes as he carried his child off the field. The son survived the critical period, and his bones were set, but as the villagers gathered to hear the news and lend support, the doctor could not pronounce if the son would ever walk again. With eyes like smug rodents whose faith in themselves is confirmed when ill fortune attends to a lucky man, the villagers shook their heads, lamenting what a tragedy had occurred for the farmer, who now had a cripple for a son. The old farmer thanked them for their concern and condolences, calmly saying, “We'll just wait and see.”

The farmer’s son did begin to recuperate, but it took a long time. The farmer was now poorer than ever, as he had no son to accompany him in the fields, and no one wanted to buy the ponies because they were afraid. Yet, by the help of occasional gifts and his own labor, he managed to gather just enough to feed his family, always giving the best of whatever he had to his son to encourage his recuperation. During this time the other villagers flourished as much as poor villagers can, and as those who are better off are wont to do, they were generous with their sympathy for the farmer for having a crippled child.

For no reason that had anything to do with the village, the king from his palace far off in the capital city declared war on a neighboring country. That was how it came to be that in the spring, just as the old farmer’s son was taking his first steps, the government officials appeared with orders to conscript all the able-bodied young men into the army. The only son in the entire village who was not drafted was the old farmer’s.

“How lucky you are, old man! We are sending our children, our very seed off to war, probably to die,” one or another of the villagers yelled out as they bade farewell to their departing sons. Full of tears, their eyes showed no particular emotion toward the farmer, so overcome were they with their own grief.

The farmer watched the leave-taking, and his heart went out to the villagers, as he was a kind and compassionate man. He answered softly, “We'll just wait and see.”

Psychmaster/Judy Ferraro Articles by Judy Ferraro, Ph.D. is licensed under a Creative Commons Attribution-NonCommercial-NoDerivs 3.0 Unported License.
Permissions beyond the scope of this license may be available at https://www.psychmaster.com/psychmaster-terms-of-use.html. 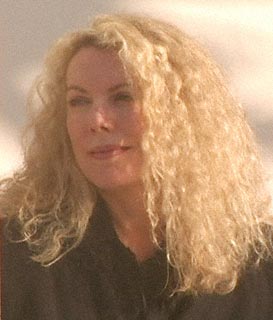 Dr. Judy Ferraro received her doctorate in clinical psychology from the University of North Carolina at Chapel Hill. In thirty years of clinical practice in New York and Los Angeles, she has worked with many different groups, from children to the frail elderly, with particular interests including self-esteem, depression, sensitivity, and creativity.

A SPIRITUAL APPROACH TO HOLIDAY BLUES

For most American adults, the period from Thanksgiving though New Year’s is a difficult time. We seem to be plunged into a virtual reality somewhere between a carnival and a nightmare. The streets and the malls are filled with lights, holiday melodies, and glittery ornaments. [Read more...] [﻿﻿En español﻿﻿]

As people live longer, the specter of Alzheimer’s looms grimly on the horizon. A disease involving progressive brain deterioration, Alzheimer’s results in increasing deficits in mental functioning and behavior. By the middle and later stages, the individual is entirely dependent on others for protection and physical care on a round-the-clock basis. [Read more...] [En español]

The concepts of “stress” and “trauma” are broadly understood by almost everyone in modern society. In fact, we often use the words “stressed” and “traumatic” to describe our reactions to everyday events. Generally, with “stress” and “trauma,” what we are talking about are difficult, sometimes devastating situations that occur in the course of living. [Read more...] [En español]

Depression is one of the most painful of human experiences. People who are depressed may actually hurt. When we are depressed, every aspect of our experience is affected. The world tends to look dark, foreboding, or distant. The future seems bleak. Human contact becomes aversive. [Read more...] [En español]

As a society, we are not well informed regarding mental health and illness. This is particularly surprising because we are relatively knowledgeable regarding physical health and illness. Certainly, there is a stigma attached to mental disorder or even unhappiness, despite the politically correct and ostensibly tolerant attitudes of our times. [Read more...] [﻿En español﻿]

ON BEING A SENSITIVE PERSON

By the time I was seven or eight years old, I had classified myself as a sensitive person. This was neither a good nor a bad thing. In my burgeoning self-awareness in the world I was discovering, I just knew I was one of those people who seemed very soft and gentle around the edges. [﻿﻿Read more...﻿﻿] [En español]

The holidays are a time of obvious contradictions and marked extremes. It is a season that invokes the highest spiritual ideals, yet spawns the crassest materialism. From Thanksgiving on, there is a palpable, busy ebullience and expectation “in the air,” which engulfs all of us. [Read more...] [En español]

As a psychologist with over twenty years of clinical experience, I believe that spirituality can transform personal psychology. After evaluating hundreds of people through the legal system, I began to notice that—no matter what the religion or country of origin—people who had faith or spirituality in their lives seemed to react similarly to trauma and challenges, but differently from those who were not spiritually involved. [Read more...] [En español]

There is a general consensus that spirituality is good for you. This may be the only point of agreement about spirituality these days. Traditionally associated with religion or the occult, spiritual belief and practice in the 21st century are variously and often personally defined. [Read more...] [En español]

In recent years, there has been a rebirth of interest in spirituality. Many people describe regular spiritual practice, which may or may not include affiliation with a traditional church or religious organization. Books and materials on spirituality have become big business. [Read more...] [﻿En español﻿]

THE CHALLENGE OF SENSITIVITY

THE STORY OF THE OLD FARMER

There once was an old farmer who lived in a remote region of the mainland, where the terrain is rough and the villagers manage to eek out a meager existence only through hard work and the grace of God. One day someone left the gate open on the farmer’s pasture, and his only horse ran away. [Read more...] [En español]

Schizophrenia is the most disabling and serious of all mental disorders. It is what is usually associated with insanity. All societies describe some variant of schizophrenia-like “madness.” In fact, the rate of occurrence is more or less similar throughout the world. [Read more...] [En español]

When I was in my early teens, I tried to spend every Saturday I could at the local art museum, sneaking into the city without my parents’ permission. Smaller than the Metropolitan in New York, but still noteworthy (not that I would have known), the museum was extraordinary and wondrous to me. [Read more...]

I never could draw well. But as a child, that never stopped me. My passion to make art was undaunted. I particularly loved color, especially all the different shades of reds and blues. For hours I would line up the crayons from my ﻿64 superbox﻿ with great care, as though each was a cherished doll and had its own place and personality. [Read more...]

PROOF VERSUS FAITH﻿ (A Perspective)

As someone who is more intuitive than logical by nature, I’ve never had a real need for proof. That being said, for many years into my adult life, I didn’t have a real need for God, either. I was more than happy to credit my intuitions to my sensitive nature and a kind of agnostic assumption that there were energies “out there” and between human beings that no one could clearly define. [Read more...]